The Way Forward and the Power of One Word

I recall interviewing an NBA coach while he was visiting Australia – he was promoting the NBA by way of conducting basketball coaching workshops and I was facilitating the one in our local area. I asked him the question, “What players have you coached who still stand out for you and why?”

He mentioned the standards LeBron James set and demanded from his team members. He was uncompromising in ensuring everyone lived this standard. You got two chances if you compromised these standards. If this did happen, the next conversation was in the General Manager’s office and you were given your transfer orders. It was a cut throat team, but they won multiple NBA Championships. He then mentioned Kobe Bryant. Sadly, Kobe is no longer with us, but he lives on when anyone talks about him and his talent. Coach recalled finishing a game in Atlanta and Kobe was not satisfied with his game winning performance. They boarded their private plane bound for LA. Arriving at 2am, Kobe asked Coach if he would go practice with him. As you would expect, Coach agreed and they arrived at the practice facility at 3am. Kobe, whilst previously watching a high school game on TV, saw a young player with amazing footwork and a new way to finish off a shot which beat his defence.

Always a learner, Kobe started practicing this footwork with no ball. Every shot goes in when you don’t actually have the ball…he then started with the ball. Coach gave feedback while he played with the new move. It was looking real good, so Coach said, “Hey Kobe….when we gonna be done here? You looking good now.” Kobe replied, “Until.” Coach quietly replied, “Until what?” Kobe replied frustrated, “UNTIL!” Coach knew to keep quiet at this stage and resumed giving feedback on whatever small detail needed to be addressed. At 5am, Kobe was done. Not because he was tired. They were to play again that night. Everyone else had gone to bed. Kobe needed to practice UNTIL HE GOT IT RIGHT – in his eyes and to his standard.

It reminded me of the Queensland Reds’ last game against the Melbourne Rebels (August 15th 2020). They defended their line for 34 of the 40 minutes of the second half. They had very little possession. They made 143 tackles to the Rebels four. They were even down to 14 men for ten minutes when a player was sent off. How long were they going to defend their line? UNTIL! Until they no longer had to. As long as it takes…And why? Because that is what teams who care for each other, their team and the club do. That is care and pride.

There is a strong pattern amongst those who perform better than others. They have a stronger desire to just be better today than yesterday. Though never perfect, and for those who work with Athlete Assessments, you will be familiar with this….they just want to be less wrong than yesterday. Less wrong than this morning. Everyday, just a little bit better.

And so it is during this time we’re all in with Covid-19. The environment we operate in has created new challenges logistically, financially, emotionally and physically, it is demanding us to keep going. For how long? I think you know the answer to this.

Many have displayed incredible courage and toughness in the last eight months or so. Sometimes we struggle together to survive, other days we challenge each other to create personal best performances. In the times we find ourselves in now, we must keep going through this for as long as it takes.

In this current environment, we have only one option. We all have an incredible amount to give. Where we can make massive gains is to re-see that we are all on the same team. Working towards what will ultimately be a great future, not without challenges, but challenges we can and must confront and win through together. There will always be problems…that is the environment every team faces. These can be overcome only if we see that all of us are part of the solution, have great ideas, are courageous to challenge the status quo and especially ‘how things have always been done’. If we are truly going to ‘be different’, then let’s be different with the degree of willingness to all help each other for the benefit of the whole. To lead the way.

You may even find, like in my experience, that you end up with even more for yourself in ways you may not have initially expected. And let’s do this UNTIL! 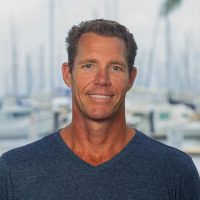 At Athlete Assessments, through Covid-19 we have continued to provide our clients with exceptional service and will continue to do so well into the future.

With a different work environment, early on we set about setting up projects to keep our staff engaged, productive and employed! You will have noticed the new redevelopment of our website, along with new resources such as our Book of Inspirational Quotes and our revised edition of ‘What Winning Teams Get Right  Or, you might also like to listen to a recent Way of Champions Podcast that was recently released.

And if you don’t already work with us, you might like learn more about how we contribute to our clients’ success:

Remember, we also have an extensive collection of free resources, articles and videos on our website which you are very welcome to access our Resources, Articles and Videos.