Critical Team Roles in Sport (What Every Team Needs)

Creating a successful team outcome relies on how effectively the individual parts of the team work together as a unit. This article delves into the critical team roles in sport that every successful team needs and who on the team should take these roles. If you are familiar with our work, we are referring to the “R” in the GRIP Model.

Let’s start by looking at an analogy, comparing a sports team with how an engine in a car works.

Basically, there are a number of parts, which must perform a critical individual role and then work together to ensure the engine does what it is supposed to do, which is move the car. In a very basic way, this means there are parts which start the motor, pumps which deliver the fuel and inject it, other parts to ensure the motor does not over heat and then other parts which deal with the exhaust emissions and charge the battery so the whole process can be done again. The sum total of all these parts working together is literally a well-oiled machine. This culminates in a complete mechanical system where one part relies on another, one part in isolation is useless, and if one part fails, the whole motor can no longer work properly. Sporting teams are no different to this motor car engine concept.

Sports teams require a number of unique individuals who each play certain roles from a technical and non-technical perspective. We need individuals to play different roles and not simply perform the same role. This article explains what roles are necessary for sports teams’ success based on the DISC model for role clarification. This is also a critical aspect to the work Athlete Assessments does with clients who desire to start their season in the right way to ensure the foundation to success is set.

This article is focusing on Roles, the “R” of the GRIP Model. We use the GRIP Model to start any sporting season on the right footing. Read our article on Pre-Season Preparation using the GRIP Model, to find out how establishing Roles should be incorporated into your pre-season preparation!

What is meant by Technical and Non-technical Roles?

The biggest difference between our car engine analogy and the sports team is in the classification of technical versus non-technical roles. Basically, when we refer to a car engine, the individual parts of the engine are only playing a “technical” role. That is, they are doing the job they were designed to do, pump oil, coolant, deliver gas etc. This, when applied to sport is that same as talking about the technical position a player has on the field. This technical position in American Football for example, sees the player defending, attacking, blocking a tackle to the quarterback, kicking for goal, passing the ball or receiving the ball for a touchdown.

Every sport has its unique technical roles, the list of which can go on. Choosing the right individual to play this technical role is often based on the player’s physiology, skills, experience, and so on. Obviously, as in the car engine analogy, you do not want every player on the team playing the same technical role. Your team would be a massive failure, which is why your team needs a diversity of skills and abilities.

Watch Bo Hanson speak about Important Team Roles in Sport & Who Should Play Them.

I am certain none of this is new to you. However, conflict does occur in teams every season, where players step into each other’s territory, over step their role and do someone else’s job. This is why TRUST is a defining factor in successful teams. If you trust your fellow team members, you trust they will do their job and they trust you will do yours. This means that in a game of football, the defensive line does not break down through a gap created when a player thought (did not trust) their fellow team member would make the tackle.

Non-technical roles refer to how the athletes make (or not) a contribution to the team beyond just their technical position. This is where a sports team is dramatically different to the analogy of a car engine. Car engine parts can’t contribute beyond their technical role.They can’t communicate, relate, care for, lead, direct, build relationships, plan, organize, teach, mentor or be a role model for their fellow parts. (Well, perhaps one day through the use of nanotechnology.) However, in a sports team we need our individual team members to contribute in the before mentioned ways.

Why is this the case? What if in your team, none of your team members did any of the previously mentioned things? What would happen? For example, a team member who is new to the team momentarily forgets a particular tactical play during a game. Well, if you have no one on the team who is prepared to direct, communicate and guide that individual player then they will not learn or execute the play next time. The coach, instead will pull the player from the field, further damaging their sense of esteem.

Or what if at training, no one on your team accepted the leadership role? What would happen? Or even worse, they did accept the role, but not perform it? The team would struggle for on field direction, lack motivation and the culture would deteriorate into an individual style culture where team members lacked care and concern for each other. Obviously this completely undermines what the concept of team stands for. Coaches need to understand what their athletes bring to the field beyond their technical position. Read more about this topic in our article Players Value Beyond their “Position”.

What Roles are Required for Team Success?

There has been a great deal of research on what roles are required for team success. We know from using the DISC Model with thousands of teams and players that for a team to have a healthy chemistry there is a requirement that all DISC Profiles are represented. Each DISC Style is going to play a particular role which corresponds to their preferred style. They also can play roles which can extend beyond their style if the team requires this, but importantly, a player will struggle to play a role they are naturally not well suited for.

Breaking this into the DISC Team Roles, each DISC Style is responsible for ‘driving’ certain roles. It works as per the below table.

Creating team first culture, being self-less, ensuring relationships are priority, Developing synergy with others, persisting when it gets tough, supporting team members who need it, being loyal to the team, defusing negativity, creating democratic solutions

As can be seen in the above table, the roles are entirely different and there is little overlap. Theoretically and in practical terms, most people are a combination of two or sometimes three aspects of the DISC styles. What this means is team members can bring a combination of non-technical, role playing ability to the team. For example, a player could be an I/D style. As such they would fill a role corresponding with these behaviors. So choosing what non-technical role a player plays is through a complete understanding of their AthleteDISC style. If they are a D, they naturally assume the role of a Dominant style and so forth.

What does not work, is when you ask a player to fill a role they are not suited for from the perspective of their DISC style. An example is when if ask a D team member to fulfill the Conscientious style role on the team. You are basically asking someone who prefers to behave in a goal oriented manner to become more process driven, detailed and organizationally focused.

Throughout our involvement with many teams, we have seen this happen and it never works. We have been able to provide an explanation to the coach about this and they have adjusted the player’s role to suit them. Making a player play a role which does not suit them will especially not work when the athlete is in a competition environment. The adaptation is too much and you as coach will not get the best from the player. Eventually they resent their role on the team and will perform poorly enough to no longer be part of the team, if they do not leave first and join another team where their contribution can be valued.

In summary, appreciating the importance of non-technical roles is critical in developing a high performing team. Assigning roles or encouraging players to gravitate to a role which suits them is the key to ensuring you gain the most from your individual player’s involvement. As a coach, a large part of your role is integrating your players effectively so that the sum total of their contribution is greater than the mathematical sum total.

The answer to this equation is dependent on how well you have derived maximal contribution from your individual players. For some teams this equation adds up to 5 despite there being the potential for a minimum of 8. A high-performance team will have this equation add up to a number greater than 8, maybe 10. When this happens you are on your way to being an incredibly successful team.

At Athlete Assessments, we’re here to provide you with excellence in service and here to help you be your best. If there is anything we can assist you with, please Contact Us. 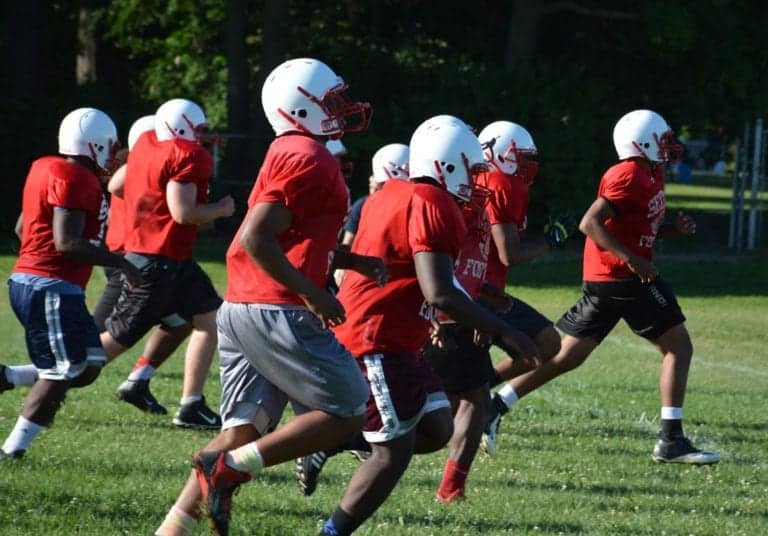 Embracing Values from Inside the Sports Team

There are some non-negotiable principles teams need to have in place if they are to achieve success. Firstly, every unique team must have a set of values they agree to live by. Secondly, they have rules to co-operate within a framework. What’s interesting is how many of these teams fail to live their values, or only live them to some degree. The special few, live them to the degree required to achieve success. 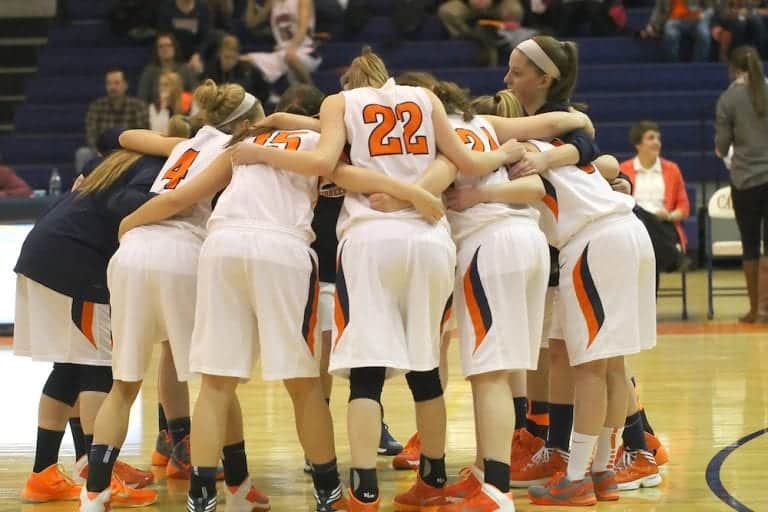 Values and Behavior in Sport

One of the challenges we face as Coaches or as leaders at some stage of our career is when we feel like our values have been compromised. So what are our values, what defines them and what is the difference between our values and behavior? 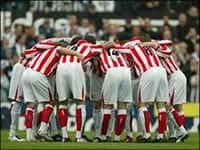 Your Athlete’s Value Beyond their ‘Position’

By Bo Hanson - 4x Olympian, Coaching Consultant & Director of Athlete AssessmentsWhen you look at the athletes in your squad or team, what do you see? Do you just see the number on their back? Do… Many of our clients ask us for help on what we prescribe for best practice sport pre-season preparation, focusing on both mental and physical development. This article is written to give you the exact methods we…