By Lahnee Pavlovich, Head of Research and Writing, Athlete Assessments

Mary Lou Mulfur and her team of Husky Golfers tell a truly incredible and inspiring story of what true toughness looks like in today’s sporting world. It was this year, in her 34th year as the Coach of the Women’s Golf Team at the University of Washington, that they won the Division 1 National Championship. 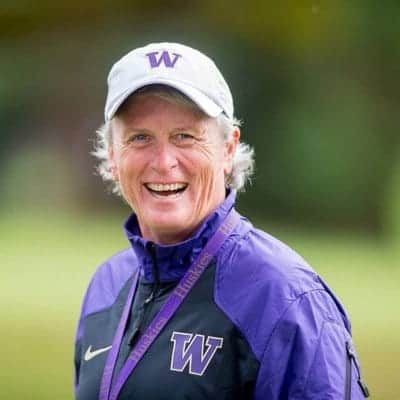 Mary Lou has been coaching since she graduated and for those who coach, you know that dedicating your career in a profession where you must give so much to others is something to truly admire.

Mary Lou Mulfur is a testament to coaching. Not only has she always coached at the University of Washington, she also played at UW, which highlights the passion she has for her University.

“I can only imagine what winning the 2016 National Championship meant to her,” said Athlete Assessments’ Bo Hanson.

“Fortunately, I had the opportunity to work with Mary Lou the last three years and had a wonderful opportunity to catch up with her again when I visited Seattle in June this year,”

“What stands out for me about Mary Lou as a Coach is how she is just not “done”. She is not done caring, respecting, loving and obviously, winning. Most coaches get to a stage where they are “done”. I can personally relate to what this feels like when I decided I was “done” rowing. Most of us get to a point where we have given enough and had enough: but not Mary Lou,”

“For a Coach to want to keep giving says so much about Mary Lou’s philosophy on being a Coach. We have found it is only the best of the best Coaches who transcend their sport. Where sport is no longer about hitting a ball around a lovely green course. It is about life as a whole. Sport is a metaphor for life and therefore we can never be done with life. There are always more lessons to teach or even old lessons to teach to new athletes who can benefit from learning them. Mary Lou is a coach who knows that her role is more than to be a golf Coach.” Today, one of the most important lessons young people need to learn are lessons in toughness and resilience. Most Coaches tend to agree with this and this is across multiple sports and even countries. Mary Lou and her coaching strategies are underpinned in developing mental toughness.

“Fundamentally, developing toughness is firstly seeing it as a skill which can be taught and taught through the environment you create for your athletes,” Bo said.

“Mary Lou is famous for how she describes her program as “being founded in making players comfortable in being uncomfortable.” We talk about how the lifeblood of toughness is being uncomfortable. Certainly, in the final match play holes of the 2016 National Championship when Mary Lou’s players went head to head with Stanford, it was not a comfortable place for any athlete,”

“Most athletes do not handle these situations well. Especially those who have not been prepared for this. However, Mary Lou’s players managed to perform some of the most incredible golf you will ever see.”

Mary Lou talks a lot about creating discomfort at practice and in the standards within her program. She never talks about players being unsafe though. Ultimately, Coaches like Mary Lou know the difference between being unsafe and uncomfortable. “Never do we want a player to be unsafe. Safety is a core need and when it is compromised you never get the best from someone. An example of this is how one of Mary Lou’s Freshman players faced the 5-foot par putt on the 18th hole which would have given the Huskies their first NCAA golf title. She missed the putt. So now the real coaching begins…The player apologized for missing the putt. Mary Lou immediately reframed and reset the player by simply stating, “Sorry? You just have to play another hole.” There was no drama or focus on what was missed or what was lost. Just a simple and effective refocus and move on. Play another hole and get back on track,” Bo said.

We always talk about how the best of the best make just as many mistakes, but it is that they have better recovery strategies. This is a great example of this. As it played out, this same Freshman player ended up playing over 20 holes to finally close out one of the most memorable match plays in recent history and the display of high pressure golf was inspiring for all golfers.”

A credit to how Washington played is best summed up by Stanford’s coach, Anne Walker who said “the golf shots hit today, it was Washington’s week. Look at what they did to UCLA yesterday and what they did to us today. It was high-level golf. There’s no reason for any tears. Washington earned this. We didn’t give it to them.”

And as Mary Lou says, “Coming back from where you’re feeling bad to come through like this is just incredible.”

This team through Mary Lou’s never ending pursuit of being better and developing more than just a player’s ability to drive or putt is the reason the Huskies won their Title.

From the team at Athlete Assessments, congratulations to Mary Lou and her team!

To read more about performing under pressure, we recommend you take a look at these articles.

At Athlete Assessments we’re here to provide you with excellence in service and to help you be your best. If there is anything we can do to be of service, don’t hesitate to Contact Us. If you’d like to learn more about the way Athlete Assessments and Bo Hanson work with the University of Washington Team, our Team Programs are a great place to start.