There is something about the transition from the end of November to early December. It’s not just that festive times are ahead. It becomes a time to take stock, be proud of what’s been accomplished, identify what we can improve on and make plans to achieve our new goals. An important place to start is to consider what are the most important lessons from the recent past.

When reflecting on 2015’s most critical issues in elite sport, three key areas stand out.

Many of our coaches have been confronted with athletes struggling through life while doing their best to perform for their team. They are not alone, international headlines bring vital attention to it and research such as the ACHA Study confirms depression in elite athletes is a serious concern. 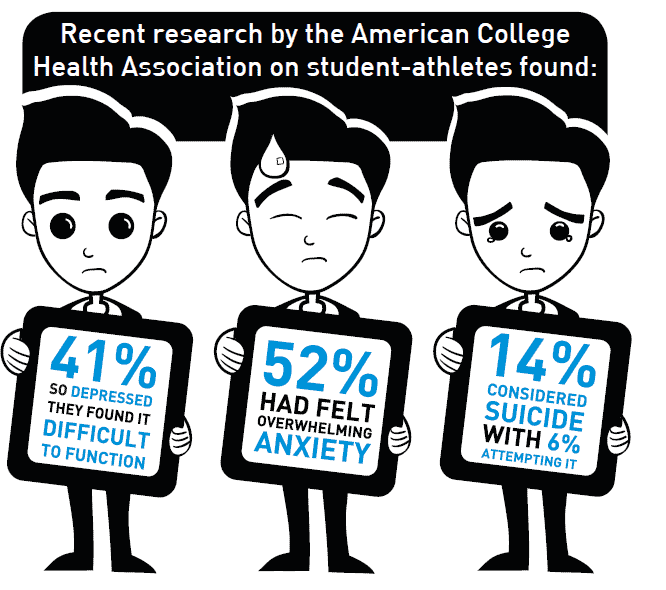 Research has identified that former athletes are susceptible to mental health concerns as they struggle to cope with their identity as they transition out of their sport. It’s often assumed that ex-athletes are more susceptible to depression and other challenges during this time. However, a Georgetown University study showed:

Depression rates of active athletes are more than twice those who have retired.

If any athletes are struggling, you can forget about elite performance. This is an important issue that won’t go away by itself.

So how can we help our athletes develop skills and coping mechanisms so they don’t just avoid mental health issues, but instead thrive in their sporting and post sporting lives? The answer raises a concept we constantly promote to coaches – that coaches see that their role goes beyond teaching athletes the technical skills of their sport.

The recent studies hopefully open our eyes to the fact that if athletes are struggling mentally, at best their performance will be inconsistent, but at worst they will come to define their entire existence by how well they play a sport. Athletes are people first. They need to be looked after and cared for by their coaches and those around them. The coach’s role is critical in helping develop mentally healthy people.

Whether we look at rising student-athlete transfer rates in college athletics or player turnover in professional leagues, this issue has a massive cost. Non-sporting organizations have lead the way in developing workplace engagement strategies to reduce absenteeism. It is widely accepted that replacing an employee costs up to three times their salary because of expenses such as of recruiting, training and productivity loss. Even using conservative numbers, the cost is staggering.

In college or amateur sport we can’t measure the costs in the same way, but the principle still applies. When you lose a talented and contributing player, think of the setback this poses to your team, and how difficult and time-consuming it is to try and replace them – if you can at all.

As a coach, it is your role to create an environment that promotes a diversity of athletes, where the culture is clearly defined, and where athletes feel there is an appropriate fit for themselves. Those teams who can clearly define their program’s system and culture stand a far better chance of being able to attract and recruit players who will positively impact their team. Athletes will feel a great deal of pride in their contribution and how they in turn are valued. These teams never have a problem with turnover.

On the upside, those who get it right will gain a significant competitive advantage.

3. No one is winning the ‘Arms Race’ for Facilities

Billions of dollars continue to be poured into the latest equipment and new stadiums, even when the existing setup is impressive or at least, good enough. Often the ability to recruit is used to justify a big spend, however this doesn’t stand up to research.

In reality, it is all about the coach and their ability to personally connect with their players, and build towards  productive relationships. Most athletes leave a program because of issues with coaching staff or fellow team members. I have never heard of an athlete who has left a program when their relationships have been of the highest quality. No question, having great facilities is desirable. But we all know, you don’t get more people wanting to watch or join a losing team, even in a fabulous stadium. The reality is facilities and equipment only need to be good enough to reach a threshold level.

Beyond an adequate level, the law of diminishing returns comes into play. Materialistic motivators have been proven to be poor drivers of performance when compared to intrinsic motivators (such as a sense of pride in team culture, cultural fit, relationship quality and sense of meaning derived from being part of ‘this’ team).

Really, if athletes genuinely feel intrinsically motivated, having just the ‘normal’ facilities will be used by them as a reason to want to beat their opposition even more. It becomes a bonding factor. Consider teams that have the best of everything. Often other teams use this fact as a motivator to want to beat them. It is what drives the underdog. Having the best of everything can in fact be a disadvantage. This is backed up in Malcolm Gladwell’s book ‘David and Goliath‘ when he spoke of the ‘advantage of disadvantage’.

Winning is always the number one priority for any elite sporting team. Yet, success doesn’t have to be at the expense of these critical issues. Very often, getting these right is what leads to winning and winning consistently. Sustainable success is what we are driving for.

There is nothing wrong with wanting the best equipment. In my four Olympic Games, we constantly searched for an ‘equipment edge’. We just never relied on this alone to win our medals. It was a bonus edge that could only be derived by ensuring everything like relationships, team culture and coaching were as good as humanly possible.

Let’s face it, nothing is more satisfying, or profitable, than winning. Those who will succeed in the years to come will do so because they invested in what genuinely brings them closer to the top.

Out with the Old School 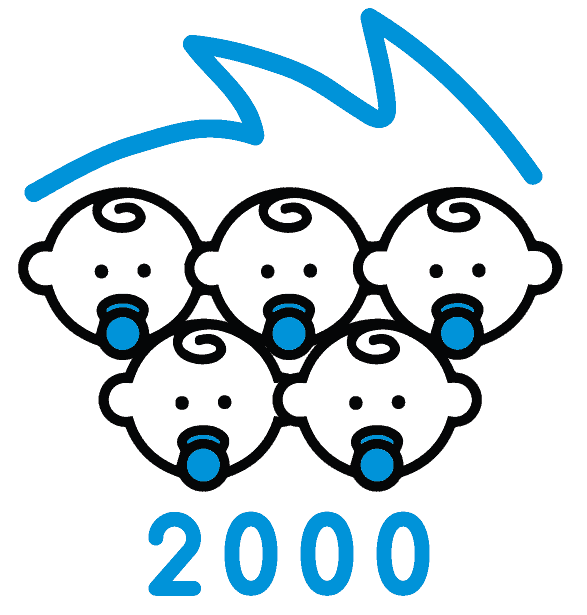 Scratching our heads about the current generation of athletes doesn’t bring us closer to knowing how to win with them. Remember, today’s:

Times have changed and changed significantly. What worked even a decade ago, doesn’t work with today’s athletes.

Sport has continued to overemphasize the physical and technical aspect of what defines the best performers.

We search for talent by looking at how well an athlete runs or passes a ball, and we conclude that this ability should translate in a bigger stadium where the pressure is greater and demands are at their highest. The reality is most times these ‘talented’ athletes fall short.

Today’s generation Y and Z athletes are different in so many ways as a result of the environments they have grown up in. This is the basis for generational theory. A person’s behavior is a function of their environment.

Generation Y has grown up in one of the most economically prosperous times in history. Lifestyle choices are numerous, options for communication are different and there is always an emphasis on having fun. They have also been closely parented, monitored by their teachers and had every imaginable risk carefully removed from their environment. Is it surprising that coaches often talk about the challenges of finding leaders, giving athletes feedback, and feeling athletes are over sensitive and lacking resilience? Today’s athletes need to be managed and coached to develop a lot of these skills which have not been developed by their environment.

This is the new reality of this generation and the demands of today’s modern coach. It is different, but different is not necessarily bad. The challenge for many older coaches is that they are used to a different generation. Their role never had to be about teaching these skills, they could focus on teaching technical and tactical skills. As such, many of these coaches find their current teams of modern athletes under performing.

Now, coaching is all about engagement.

The business world has been working on this for 15 years now. To say sport is a little behind is an understatement. Finding ways to engage modern athletes means relating to their world as they know it. It also means blending these athletes into the unchanged world of what sport demands. The benefits are not only for business. Those who master engagement will be at a significant advantage to those who don’t.

Going Hard on the Soft Stuff

The ‘soft’ side of sport includes elements such as culture, team chemistry, relationships and communication to name a few. These factors are far more likely to derail your season than any other. An apt analogy is getting new tyres when the brakes don’t work doesn’t make sense. What does make sense is fixing what’s not working.

Ask any head coach or manager what keeps them up at night, never is it about the pitch or equipment. Always, it’s about getting through to an athlete, conflict between players or how to get the team to truly pull together.

A useful exercise I ask my coaches to do is to inventory their sports program, and write down what their system comprises of. What are the elements that have to combine to deliver sustainable results. If you are not gaining the results you want, you need to identify the aspects of your program which are not working. A sports program is much like a jigsaw puzzle. Not only do you have to have all the correct pieces, but they have to in the right position for your season come to fruition.

Those who prosper, prioritize their people as the most critical piece of the jigsaw puzzle. They are relentless in the pursuit of helping their people be their best, to achieve the best, on and off the field. They take a holistic approach and know that happy and healthy people deliver sustained performance.

How are you preparing for the year ahead?