Accountability is a prerequisite for high-performance and is an essential theme or value, which takes specific systems and strategies to establish. Bo Hanson, Senior Consultant for Athlete Assessments talks about two of the key factors he encounters regularly which prevent the outcome of accountability occurring.

Hanson says complacency and the style or nature of relationships within teams are two of the factors that regularly derail accountability.

The 4 x Olympian and 3 x Olympic medalist says, “accountability is a part of every winning culture. Any athlete or team that’s consistently on top is accountable. BUT, it doesn’t just happen, it’s a process, a part of a system”. 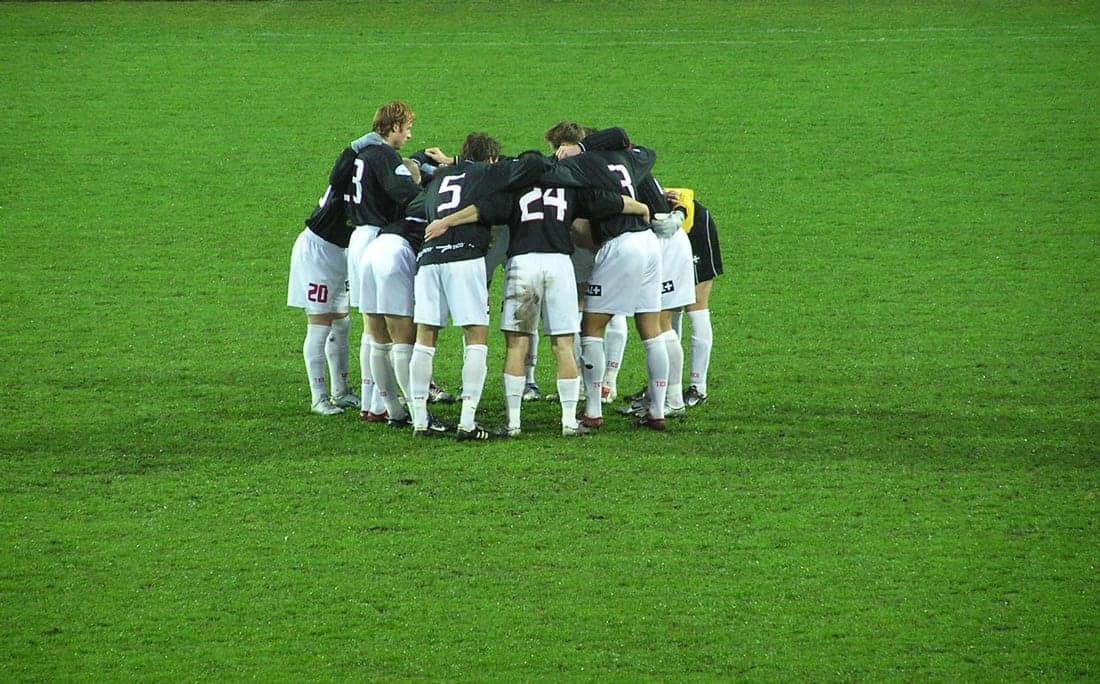 As a Coaching Consultant Hanson has worked with some 45,000 athletes, Coaches and administrators. Establishing an accountable culture is a key element of the Athlete Assessments Team Program. Enmeshing accountability mechanisms and processes into a team’s culture is critical, however program cultures where athletes are NOT taking responsibility for themselves, for an individual or team performance are way too common.

Hanson says that the first roadblock to accountability is complacency, or a belief that accountability will just happen. He explains, “our clients work with high level athletes, they have excellent technical and physical skills, however accountability is a ‘non-technical’ skill and it needs to be developed and usually there has been no specific development in this skill”. 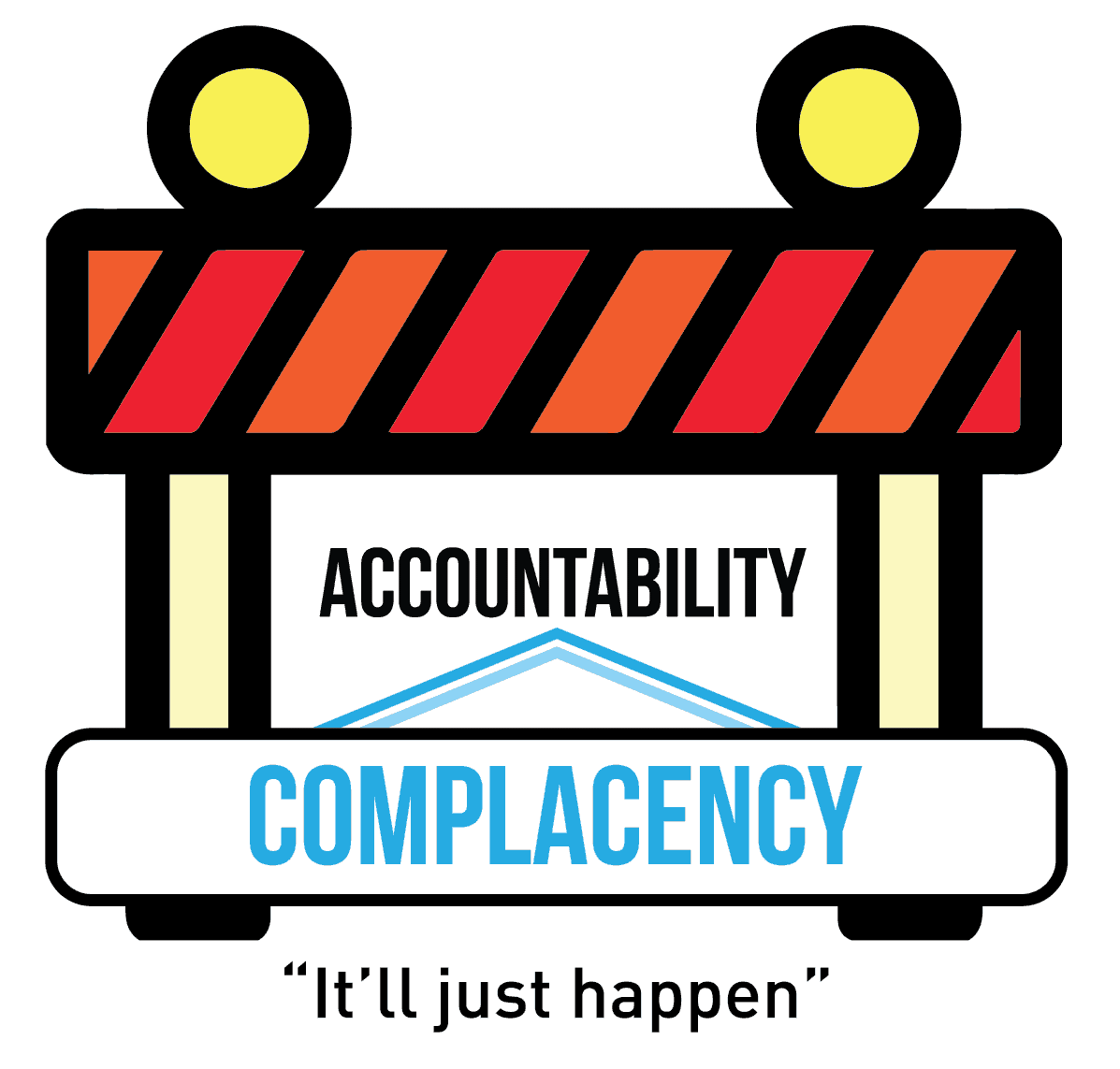 He says, “consequently, it’s more effective for Coaches to have a belief that accountability will not be a part of the program unless they create an environment where it’s likely to emerge. We have to be really proactive about developing accountability and this means we need to teach it”.

When Hanson refers to accountability he means that each athlete or team member knows their job; both on the field and off, does their job, sets their own goals, critiques their own performance, contributes to improving their performance and effectively raises the performance standards for the whole team. When they make mistakes, they own them and fix them.

He explains that once a Coach decides that accountability is an attribute they want to develop in their athletes, the next step is for them to accept responsibility for creating an environment that’s conducive to the development of this behavior.

Creating the right environment usually involves driving the behavior, creating a reframe on what accountability means and ensuring there are opportunities for formal and informal feedback granted through permission. Creating a safe space for accountability to occur is fundamental. It means being safe to try, safe to make errors and fix them yourself. It also means Coaches need to model the behavior themselves. Hanson says, “it helps to teach an accountable approach if athletes see that their Coach and support staff are accountable, they’re not making excuses and they don’t blame one another”.

Further, he explains that it’s critical that all the Coaching staff are on board to establish a culture of accountability. He gives the example of a Coach tasking one of the players with the job of cleaning up the equipment after practice. If it doesn’t get done and one of the staff members steps in and does the job for the player, then the lesson is lost. Similarly, he says, that if a Coach is trying to drive accountability in a performance feedback by not just giving athletes the answers and one of the other staff members steps in and fills in the blanks – it undermines that Coach’s attempts to create accountability.

Hanson is emphatic, “if you’re working on improving athlete accountability in your program, all of your staff members need to be 100% on board. They also need to understand that you too are trying to role model these actions as a Coach”.

Hanson then moves on to the nature and style of relationships, which can be the second major Impediment to establishing a culture of accountability. 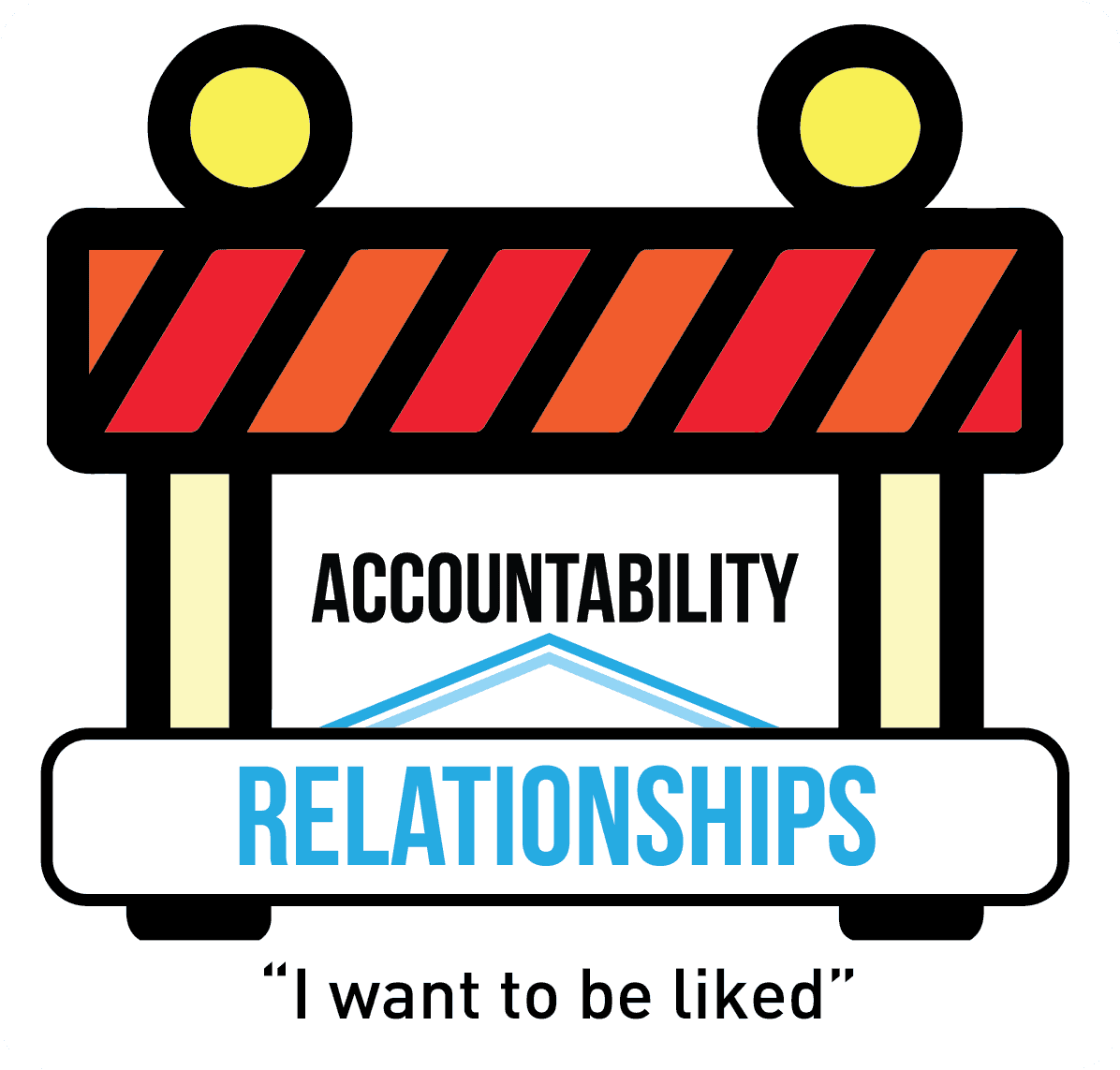 Specifically, he describes the situation where an athlete will choose to pursue ‘harmony over honesty’ in their relationships with team members. He elaborates explaining, “harmony over honesty basically means – I don’t want to upset anyone by giving them feedback or holding them accountable”. This means the illusion of great team work as no one is in conflict, but it is because no one is being honest about their thoughts and feelings.

Getting to the core of the situation, he explains why this position is so detrimental to improvement and that is because honesty is the foundation of feedback and any environment where harmony is valued above honesty means the real issues impacting performance will never be improved upon. 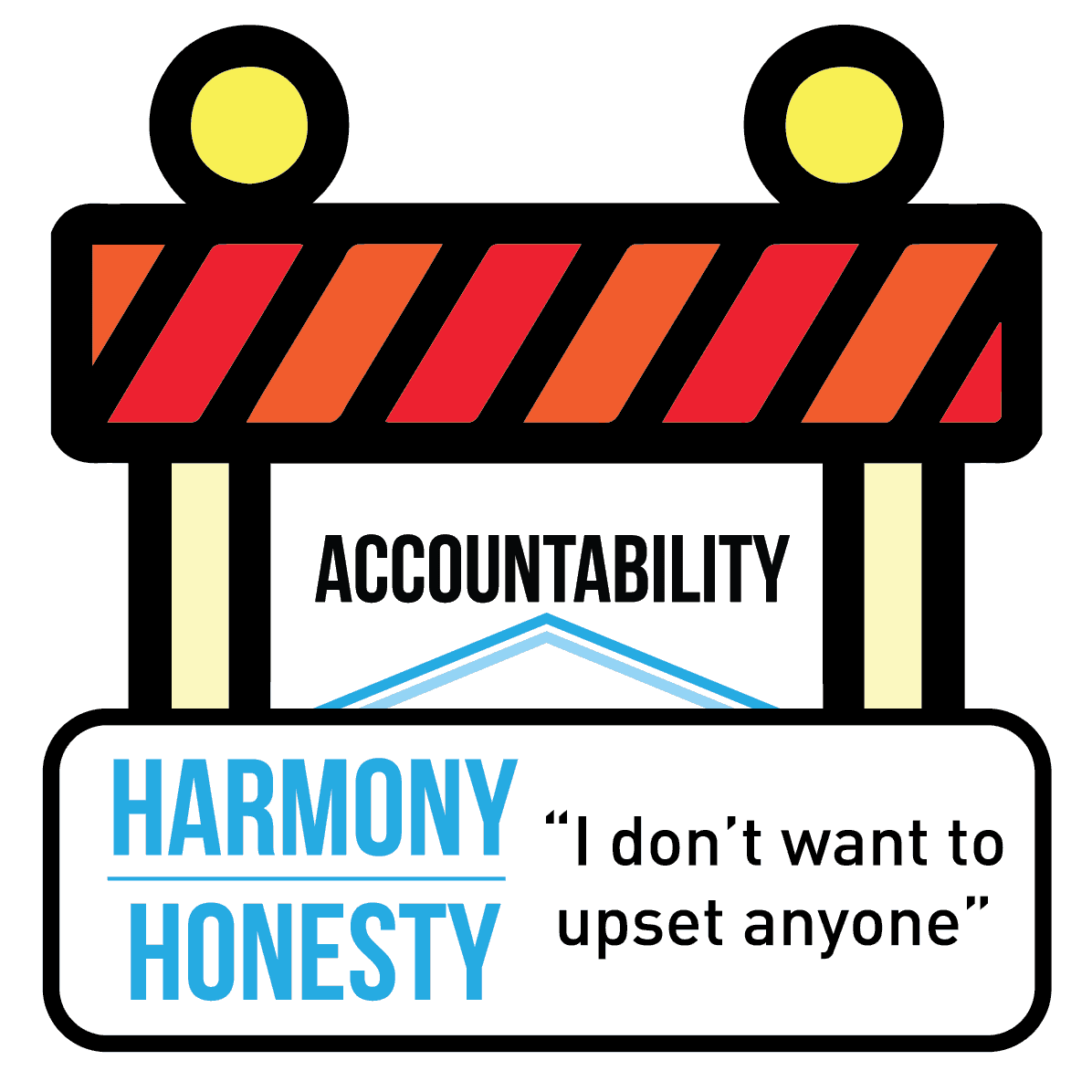 He says, “athletes and Coaches need to be honest when evaluating themselves, their performance and particularly other athletes’ performances”. Hanson says that athletes regularly hold back because they don’t want their teammates not to like them. To mitigate against this one strategy is to only objectively evaluate using actual behaviors and statistics as evidence.

Delving a little deeper into team dynamics and behavioral profiling, Hanson explains that the fear driving this behavior is of falling out of favor with the team, but an understanding of how people approach tasks and their training provides a little more insight into this problem.

He says, “one of the interesting aspects of the work we do with our behavioral profiling or the DISC modelling is that we get to see what motivates people and the behaviors they use to perform. Some people are highly task focused, they turn up to the program focused on the goal, the activities and the drills that are set. Then you have other people who turn up to a program because they want to build relationships and they want to be friends with people and they want to interact and socialize with each other”.

“Most people are surprised to hear that only about 20% of the population are task and goal focused. We’ve profiled more than 45,000 athletes, Coaches and officials which is more than any company in the world working with this particular demographic, and we’ve found that these statistics are absolutely facts based”.

“Up to 80% of a team is going to be relationship and people focused. This is a big reason why accountability and these tough conversations don’t happen”. 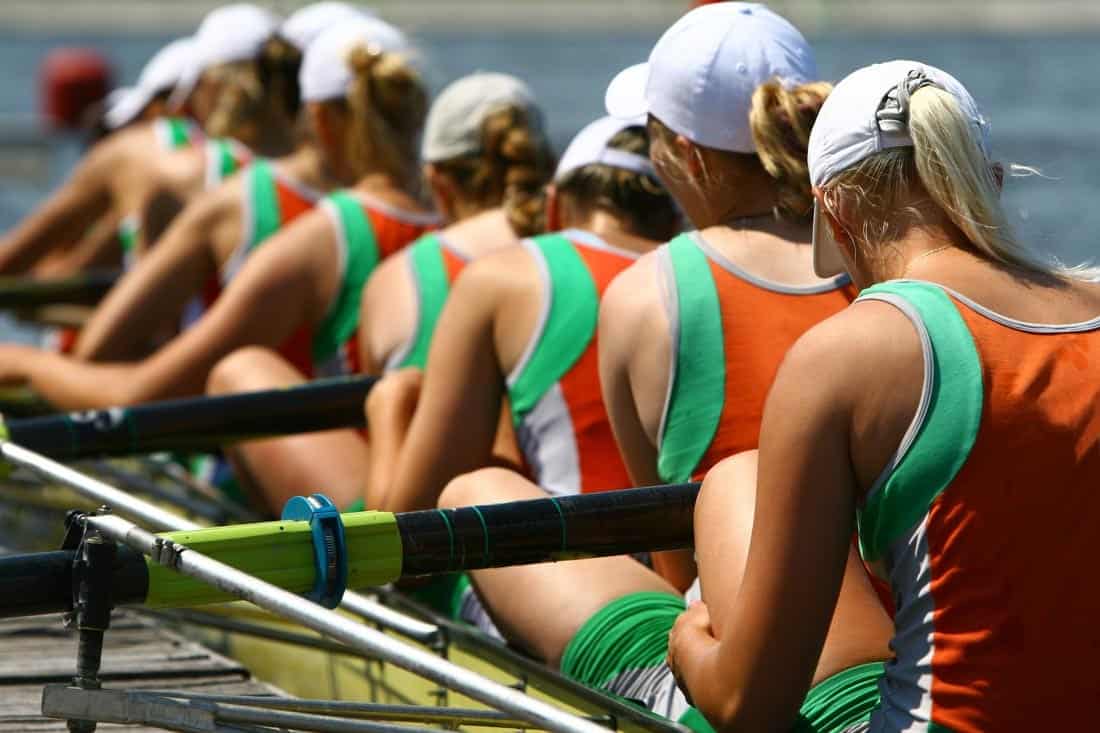 “Most athletes have a belief that if they try to hold someone accountable that it’s going to damage the relationship and they want harmony. More than anything else, they want to be friends with their team members”.

“That’s why it’s really important to reframe what accountability means to your athletes. If they think that holding someone accountable means that person isn’t going to like them, then that’s a problem”, Hanson says.

“I talk a lot about reframing in the Athlete Tough Program. To reframe accountability, firstly, we need to be sure that the athletes understand when you would hold someone accountable and why. So, we say to them that you only hold someone accountable because you care. You only give a team member feedback because you want to see them get better, and importantly we work with the team to develop formal and informal mechanisms for feedback. So, when we start changing the meaning and context of accountability and feedback in their minds, we start to get more people buying into it.”

Hanson says that once athletes understand the context and mechanisms for accountability, they can then build relationships which allow it to happen. He says that relationships built on this understanding still allow for the fact that most people want to be liked. Then these relationships become a strength and not a limitation which prevents athletes from giving or receiving performance improving feedback. He says, “once the reframe is in place, we are more likely to have these honest conversations and what actually happens is the relationships really improve”.

Illustrating the point in greater detail Hanson says, “in our work with teams in all different sports we do this reframe often, and here’s some of the things we say… ‘on this team we give feedback because we care’. One of the football teams we worked with that won a championship here in Australia last year, had this written up in their team room, where they would see it every single day because this was an issue for a professional football team with grown men, they didn’t want to talk to each other about each other’s performances. So, we literally wrote it on the wall in paint”.

In summary, Hanson says, “there are a lot of other roadblocks and ultimately you have to look at your environment and scan for the things that are going to prevent or undermine accountability. Establishing accountability is a very deliberate coaching strategy, you need to ensure that everyone is on-board, the mechanisms are in place, and importantly that the relationships surrounding your athletes allow accountability to emerge.”