In last weekend’s Sunday paper, there was an excellent interview by Robert Craddock with the Australian Men’s Hockey Coach, Ric Charlesworth, about the final selection of the team to represent Australia at the 2012 London Olympics.  If you don’t already know who Ric Charlesworth is, and especially if you’re a coach, I urge you to make it a priority to learn more about him.  (He’s written an number of excellent books, which makes this easier.) 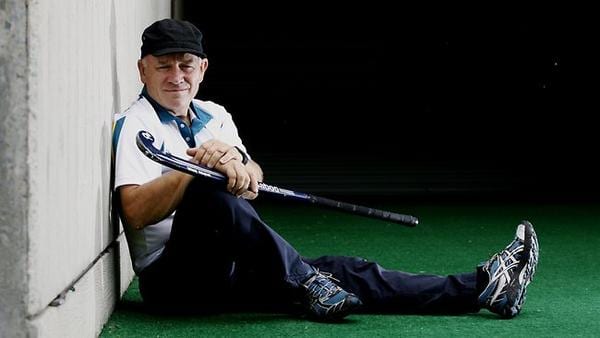 Ric Charlesworth is one of those people who seems to have squeezed a number of lives into one.  To name just a few of his achievements, he was a first-class cricketer himself, a medical doctor, a 10-year member of Federal Parliament, he has held coaching and consulting roles in hockey for India, in cricket for New Zealand and in AFL for a professional team in Australia, he is a respected and well-read author, and was head coach to the Australian women’s hockey team when they won two Olympic gold medals.  To now be leading the men’s team to this year’s Olympics, is yet another incredible goal and achievement to be admired and inspired by.

I remember the first time I had the opportunity to personally meet Ric Charlesworth.  I was at a coaching conference that he was also attending, back in 2008.  I had seen he was there the day or two before I’d introduced myself and had been struck by the way he participated in the conference.  There were many other very successful coaches in attendance, as well as a range of coaches at varying levels of their career, but Ric Charlesworth stood out.  He stood out because at every session of that conference, he sat close to the front row, listened intently and respectfully to every speaker and panel, and appeared to take constant notes.  While many of his peers were outside the session rooms talking in the hallways, he seemed to never stop being a student of sport, of people and what he can learn.  That I found to be most admirable.  Despite all of his success, he continued to look to learn, from all that shared their knowledge and experience.  Maybe it is this quality that makes him so successful, and so consistently successful.

One of the key points of interest in the newspaper interview was that his son was competing for a spot on the Olympic team, but didn’t make it.  Through this experience he was stoic and fair but as a father it must have been harrowing.  His response when questioned about it was

“I would have loved for him to be able to make it.  But it would not have been fair on anybody else to give him special consideration – maybe the bar is higher for him because of who he is.  For him to make it, everything had to go right for him this year.  He was playing pretty well but got injured in April and May and that took momentum out of his season.  He is bitterly disappointed.   I am sure they all are.  There are some very good players who have missed out, including three past Olympians.”

This must have been an incredibly conflicting time.  For being a parent of an Olympic hopeful and at the same time, being the person deciding who is in and out of the team.  Yet, his son found out of his outcome in the same way as all the others and received no special treatment.  This must have been tough but the right and fair approach.

The article reported on the balance Ric Charlesworth strikes as a coach between being brutally honest with the players and keeping an undercurrent of uncertainty about their future within the team.  Coach Charlesworth referred to his own recent quote about coaching, being “the interesting thing about coaching is trouble the comfortable and comfort the troubled.”  It is all about nurturing and supporting the players while always avoiding complacency.  This is a perfect description of coaching, and well, life in general.  It is his equivalent to the old adage of using the ‘feather and sword’.  The ultimate skill is knowing when to be soft like the feather and when to cut through with the strength and brutality of the sword.  Mixing the two always ends in catastrophe (and tears!).

Ric Charlesworth is known for having said that “flair” is overrated.  In the interview he explained this further.

“I think it is important that people have the opportunity to express themselves and be creative, but you make a mistake when you go searching for that.  The stuff that makes your game solid is the everyday essential skills.  The best players have the best basics and what some people see as flair is superior practiced skill.  Roger Federer is an example of that.  No one scores a goal against our team unless generally we get four or five consecutive things wrong.  If any of those errors are not made, we have the ball and it’s heading in our direction.”

This reminded me of an interview with footballer Harry Kewell I saw about ten years ago, when he was playing his best and was hailed as a football hero.  The interviewer made comment on how great it must be for him to have so much talent.  I loved Harry Kewell’s response in how he got annoyed by the question and went on to explain that ‘talent’ had nothing to do with it and it was all about how many hours and hours of practice he had put in every single day, from when he was a very young boy.  Michael Jordan has said similar things.  In a way, it seems that talent and flair are lazy people’s observation of people with strong work-ethic and persistence.  Repetition is the mother of skill.

When Ric Charlesworth addressed the Men’s Hockey team for the first time, he reportedly promised to treat them fairly but not equally.  (Coach Wooden also famously talked about treating people equally is the greatest in-equality.)  In the interview he went on to say

Robert Craddock also asked whether Coach Charlesworth goes softer on his women’s team and whether there was much of a difference between coaching men and women.  His reply was that he didn’t and to do so would be a mistake. “The game is the same, the rules are the same.  You treat individuals as it is appropriate to treat them.  There are some differences at times between how you treat men and women, but in the end the expectation for quality is the same.”  I think he answers this perfectly and one sentence deserves repeating:  You treat individuals as it is appropriate to treat them.  All the great coaches, managers and leaders have this quality that they can recognize the individual needs of their people and work with that.  One size never fits all when it comes to people, and in high-pressure sport there is nothing more true.  This is the foundation of all of our work at Athlete Assessments.  No wonder we’re a fan of the coaching greats, they get it.

If you’d like to read the full interview by Robert Craddock with Ric Charlesworth, click here for the Sunday Session.

At Athlete Assessments, we’re here to provide you with excellence in service and here to help you be your best.  If there is anything we can assist you with, please Contact Us.