This article will review and discuss the key aspects of personality and behavioral assessments and how they can be measured.

In order to do this, we must first review the distinction between personality and behavior. We must also evaluate the different methods of testing the two, specifically DISC (behavioral) and psychometric (personality) testing.

Both are used in creating organizational change and to encourage high team and personal performance, whether this be within an academic, business or sporting environment. It is important to point out that both have their merits and both will effectively provide objective data for otherwise subjective measurements.

It can be a challenge, however, wading through all the research and opinions. In this article we seek to present the key facts in a way that makes sense, is relevant and useful to those in the sporting industry specifically. We also want to articulate that while business and sport have a lot in common, there are some unique differences within a sporting context and this is what we, at Athlete Assessments, base our own behavioral profiling on.

(I should disclose that our founders are trained and accredited in the use and administration of the Myers-Briggs Personality Type Indicator, DISC Profiling, Emotional Intelligence (Emotional Competence Inventory 360) and numerous other assessment and development tools.)

Personality is who we are while behavior is what we do.

According to Canadian author, researcher and developer of behavioral diagnostics, Professor Robin Stuart-Kotze in his 2009 paper, ‘Performance: The Secrets of Successful Behavior’, personality “is taken to mean a mix of values, world-views, set responses and characteristics which are relatively enduring aspects of the person. Personality becomes virtually fixed at about age five. Current research indicates that we are more flexible than that but changing one’s attitudes, values, beliefs and aspirations – the substance of personality – is difficult,” (Stuart-Kotze, 2009).

Behavior on the other hand can be adapted, at least for a short period, based on a number of external factors. Behaviors are the actions you take and the decisions you make. You can control these things: you can decide what to do and when to do it. If you know what your preferred behaviors are, you can adapt and change these depending on the situation and the individuals you are dealing with (Stuart-Kotze, 2009).

So how do we measure personality and behavior? 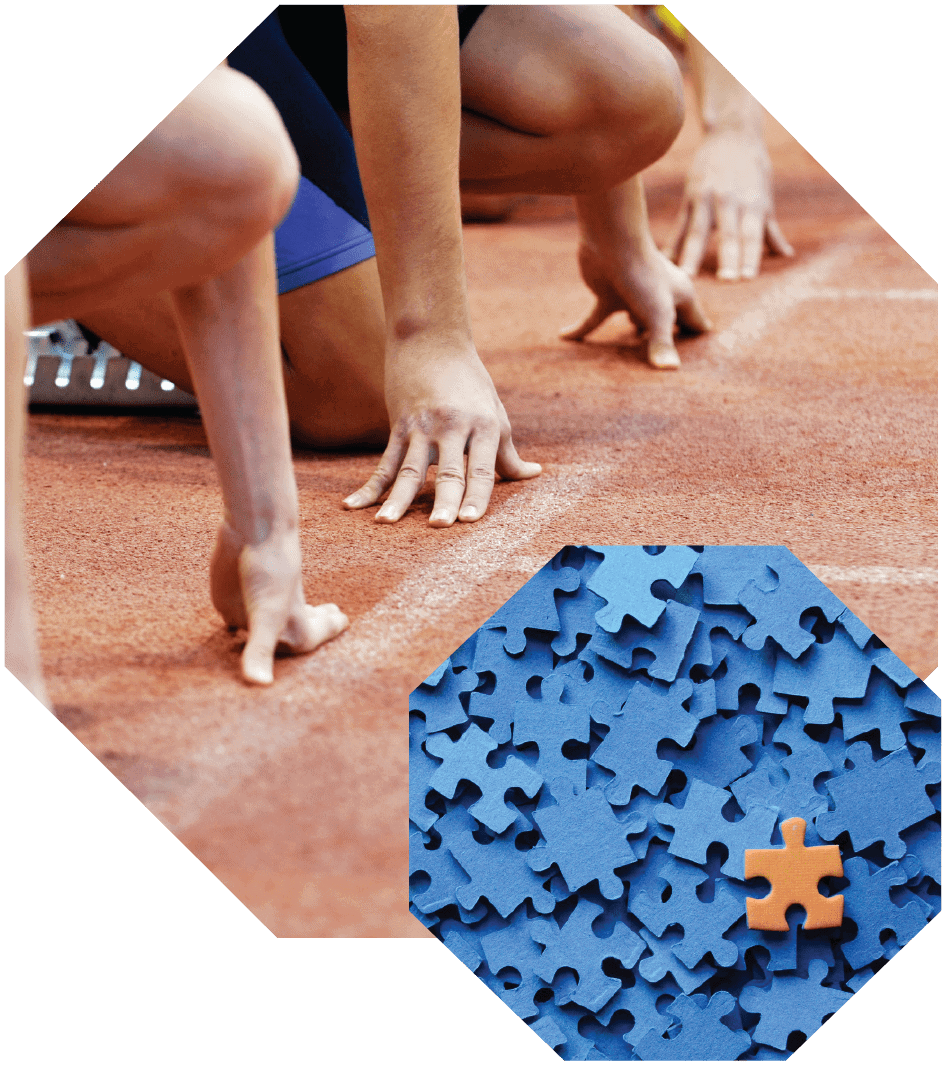 Measuring attributes like height, weight and strength is relatively simple because these are physical and observable traits. But, there are also ways in which we can measure personality and behavior.

In terms of measuring personality, psychometrics have been used since the early 1800’s to assess mentally ill criminals. It was later adapted to study educational and psychological measurements in tests that are standardized valid measures of areas like personality, ability, aptitude and interest. These tests include personality profiles, reasoning tests, motivation questionnaires and ability assessments. An important factor in psychometric testing is that psychometric tests must be uniform and standardized, impartial, obtain consistent results over time, prognostic and indiscriminate.

Psychologists refer to five prominent personality traits: extroversion, agreeableness, conscientiousness, openness to experience and emotional stability, however psychometric testing has broken this down further into as many as 16 to 32 categories.

Psychometric tools ensure that potential coaches, employers or professors can attain an understanding as to how well you will be able to collaborate and work with others, and provide some insight with regards to your ability to manage and cope with both stressors associated with the job, and intellectual demands of assigned tasks. The underlying principle of psychometric reports allows professionals to observe your responses to questions concerning your feelings, thoughts, and behaviours in a variety of circumstances, in order to quantify your personality. As the basis of these tests is delving into a person’s feelings and personality, some people can find the line of questioning invasive.

DISC Profiling has been around since the 1920’s and is a contextual measure of behaviors, rather than personality. DISC is essentially a four quadrant model which measures the degree of Dominance, Influence, Steadiness and Conscientious behavior. Essentially, DISC measures what you do and how you act.

The DISC Model of Behavior was first proposed by William Moulton Marston, a physiological psychologist with a Ph.D. from Harvard University. His work was not patented. Marston was well ahead of his time in looking at positive psychology, which is “the scientific study of human flourishing and an applied approach to optimal functioning,” (Positive Psychology Institute). His 1928 book, Emotions of Normal People, explains his theory on how normal human emotions lead to behavioral differences among groups of people and how a person’s behavior might change over time (Marston, 1928). Essentially, Marston was turning the tables and developing a method of evaluating ‘normal’ people rather than those with mental illnesses.

Based on your behaviors, DISC determines ways that an individual can manage their environment better and adapt to change when needed. DISC is predominantly about building self-awareness. It functions on the notion that when you learn about yourself and others you are able to understand yourself better and manage and adapt to your changing environment as well as develop better relationships.

In regards to behavior in a sporting context, which is what we evaluate at Athlete Assessments, we have found that by looking at what we can change and adapt, we can better determine how athletes will fulfill their role on a team and how they can use their behaviors to build quality relationships with those on the team.

For example, in sport, we know that a trusting Coach-athlete relationship is a key indicator for success. This was demonstrated in a 2008 Olympic Study by Penny Wurthner and the Canadian Olympic team, that showed the top factors contributing to medal and Personal Best performances, were a strong Coach-athlete relationship, and a high level of athlete self-awareness (Canadian Olympic Study, 2008).

Research conducted by David Hedlund, Assistant Professor of Sport Management at St. John’s University, New York, that looked at a study done by Gould & Write on how Coaches teach to enhance life skills, also showed when Coaches gain self-awareness of their own skills and competencies, numerous benefits result. This included better communication skills, more self-confidence, improved relationships with co-workers and athletes, and an improved ability to successfully complete diverse job responsibilities (Gould & Wright, 2012). Together with numerous practical case studies from within the university educational setting and broader Coach Development programs, the results of the research indicated that the use of DISC Profiling also provided benefits (e.g. increases in self-awareness, knowledge of personal strengths and weaknesses, etc.) to sport Coaches in educational and developmental settings.

Basically, DISC Profiling is designed to encourage a high level of self-awareness through understanding how we act in different situations and how we can use this to lead, coach and work more effectively with others.

Let’s take a look at this in more detail with a comparison of DISC (measuring behavior) and MBTI, or Myers-Briggs Type Indicator, a popular psychometric test (measuring personality).

In addition to arising from different theoretical origins, both MBTI and DISC measure different factors.

MBTI is a binary test that assesses your personality through four dimensions which each have two options. The dimensions are Extroversion and Introversion (E/I), Sensing and Intuition (S/N), Thinking and Feeling (T/F), and Judgment and Perception (J/P). It operates on the notion that people lean towards one in the pair rather than the other, you can’t be both or sit in the middle. Your personality type is then indicated through a four letter code which demonstrates which of each pair you leant towards in the four dimensions. So your code can be ESTJ, or INTP or any of the 14 remaining combinations. In essence, the Myers-Briggs Type Indicator is a questionnaire used to measure how people perceive the world, process information and make decisions in response to their environment. It was designed to explain why people differ from one another by identifying fundamental personality traits or preferences. 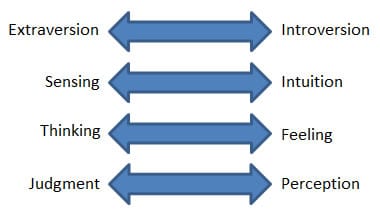 DISC is contextual and describes behavior based on how people view themselves in their various environments whilst also noting their preferred patterns of behavior. Obviously personality plays a major role in how someone behaves, but DISC suggests that one can change their behavior in order to obtain different/better outcomes. DISC measures the degree of Dominance, Influence, Steadiness and Conscientious behavior. Everyone has their unique level of each in the context of their role in sport or in their workplace. Marston sought to explain how people adjust to varying environments, by starting with their emotional response to it and relating this response to behavior. 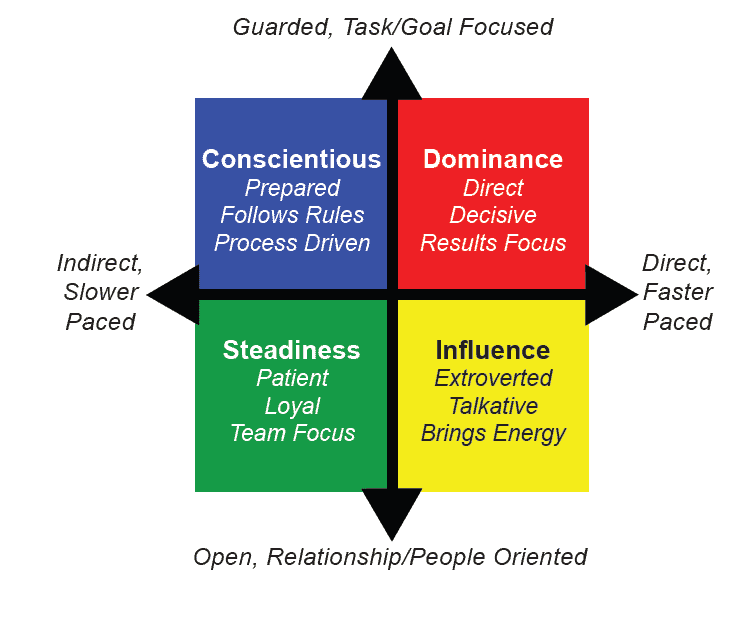 Conclusive research into the relationship between personality and behavior was actually conducted by Stanford professor, Walter Mischel.

He directed a study that looked at the connection between personality tests and people’s actual behavior. What he found was that less than 10% of the variance in a person’s behavior is explained by their personality. Basically, he found that people’s behavior changed according to the situation. When it came to high performance, he concluded that “personality is a very poor predictor of performance because people are actually highly adaptable and far more flexible than personality typing gives them credit for. Personality tests cannot and do not predict how people will act in a variety of roles or situations. Nor are they able to predict how behavior changes over time.”

What can we take from this research?

In summing up, both psychometrics and DISC have their pros when it comes to assessing various components of personality and behavioral traits. In most cases it is a personal choice as to which you choose when evaluating your potential athletes or employees. However in sport, we have found that DISC is preferred because the focus is on developing self-awareness, knowing what works for you and what doesn’t, and ultimately increasing the choices of behavior to what is most effective to the situation and those you work with. This is key to high performance and leadership.

DISC is a behavioral measurement. It measures how one behaves in a given environment, whilst also noting their preferred patterns of behavior. Psychometric tools aim to measure knowledge, abilities, attitudes and personality traits.

Psychometrics claim that certain personality types are more effective in roles such as leadership or that certain personality types are more sporting than others. This is starkly different to what DISC is based on. DISC is grounded in the principle that there is a time and place for each DISC Profile when it comes creating a successful result. No one behavioral style is going to work all the time. The same goes for being a successful athlete. We have some of the greatest athletes in the world on our database of clients and we can assure you, there is no pattern suggesting a D, I, S or C is more or less successful. It is the most self-aware and adaptable athletes and Coaches who experience the most success. Tailor your consultant training to your specific needs and previous experience to ensure an efficient transition to using the Athlete Assessments DISC Profiles with your clients and those you work with.