Recent research reports loneliness is on the rise in Gen Y and Z; strategies to build belonging in sports programs

Powerful new research published recently reports that super-connected Gen Y and Z are lacking critical real-world interaction, making them the loneliest generations ever. The report emphasizes the importance of social interaction so we ask Senior Consultant, Bo Hanson, about the value of face-to-face communication, why it’s critical in sport and how coaches can make it a central part of their program.

The report on teen loneliness by Jean Twenge, Professor of Psychology at San Diego State University, sampled 8.2 million teenagers over a 40 year period from 1976 to 2017. Twenge found that over those 40 years, even though teens are connected by social media, gaming and phones, statistically, they reported increasing feelings of loneliness and isolation. Simple social interactions dropped dramatically. Even the number of times teenagers got together and hung-out with their friends, halved. They went to fewer parties and on fewer dates. These findings led the researcher to conclude that social media hits this generation twice, once as a distraction and then again as a substitution for real world interaction.

Twenge’s report dedicates a special section to the idea of preserving social interaction. In line with this idea of valuing and preserving social interaction, we asked Hanson to explain the impact face-to-face communication has on sport, how it affects culture and what coaches can do to ensure face-to-face communication is central to a teams’ culture.

There are simple strategies and processes that a coach can put in place to make sure their program values face-to-face interaction. A coach can create formal and informal opportunities for athletes to speak up, contribute and connect.

We asked Hanson for his thoughts, he said, “Coaches can create opportunities for team members to interact in an informal manner. You can’t make them do it, but you could, for example, organize coffee, dinners together, community events, whatever you choose which creates the opportunity to work together in different ways.”

“Coaches can also talk to the team members face-to-face and model the behaviors they want to see. It’s critical to teach them this kind of communication as many of today’s athletes are not as proficient face-to-face as they are via a technology medium.”

“Many teams have ‘team rooms’ where players can informally interact or rest between practices or in between study. Try putting some games in there such as Jenga. Instead of enforcing a ‘no phones in the team room’ policy (which will only serve to make the team feel controlled), try creating an environment which encourages interaction and a sense of fun. Playing these games requires team members to communicate.” Building connections, ‘making friends’ or knowing how to make sure you’re included and including people around you comes naturally to some, but essentially, it’s a skill that we can develop. So, one part of the equation is that, as a coach, by catalyzing and creating formal and informal opportunities for your team to build bonds and interact, you can ensure your environment enables belonging and inclusion. But, the second part is just as important – you’re also fostering the development of those social skills which combat loneliness, skills that your athletes can put into action in every sphere of their lives beyond sport.

A tight team creates its own unique sense of belonging. In sport, we spend valuable time together, pushing ourselves to new levels of learning and in the process we often share the goals that mean the most to us. We’re in a unique position to build environments where belonging flourishes.

The little things make the biggest difference. Personally, I work remotely and every time I have to contact the office I ask myself whether I can call instead of sending an email. As well as an impromptu chat, I get an immediate response and we have a two-sided conversation instead of me projecting my own point of view. Recently we set up video messenger for our Athlete Assessments group chat.

At Athlete Assessments, we’re experts in the people side of sport and we’re always keen to hear from clients about ways they include all of their team members. Isolation is such a serious issue, we want to make sure that we do everything we can to prevent it from creeping into our cultures. So, if we can help with strategies or tools to build belonging in your program or if you’d like to share something that worked for your team contact us. A 75 year-long Harvard study reveals that authentic, honest and reliable relationships are the source of happiness, physical and mental health. In a TED Talk on the study, one of the longest continuous studies of adult development in the world, Director, Robert Waldinger’s discusses the findings and the popular talk has recorded some 13 million views. In this article we speak to Athlete Assessments’ Senior Consultant, Bo Hanson, about what these important findings mean for athletes, teams and coaches.

Answer to THE Coaching Question

What’s the difference between super champions, champions and athletes who don’t quite make it? It’s the quintessential coaching question and in this article we’ll recap the research findings that reveal the answers and tell you everything you need to know to apply the academic knowledge to everyday coaching.

The Pressure of Perfectionism

How the pressure of perfectionism can be alleviated by coaching strategies that focus on effort not execution, beliefs and behavior
By Bo Hanson, Director and Lead Consultant – Athlete Assessments

‘The Rise of Perfectionism’ among college students is a significant trend according to an article by the Harvard Business Review. In summary, the article was reporting on research conducted by the World Health Organization (WHO), which surveyed 41,641 American, Canadian, and British college students from 1989 to 2016 and found an increasing tendency to

Video Presentation by Bo Hanson, 4x Olympian and Coaching ConsultantIn this video Bo explains empathic listening which involves the content and emotion of what is communicated. Bo also describes why some people may ask for advice… 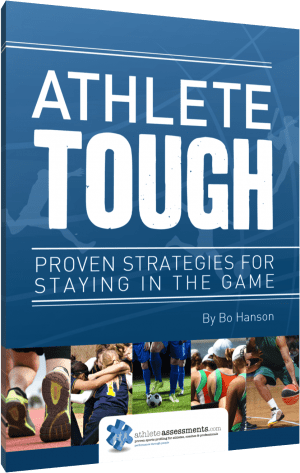